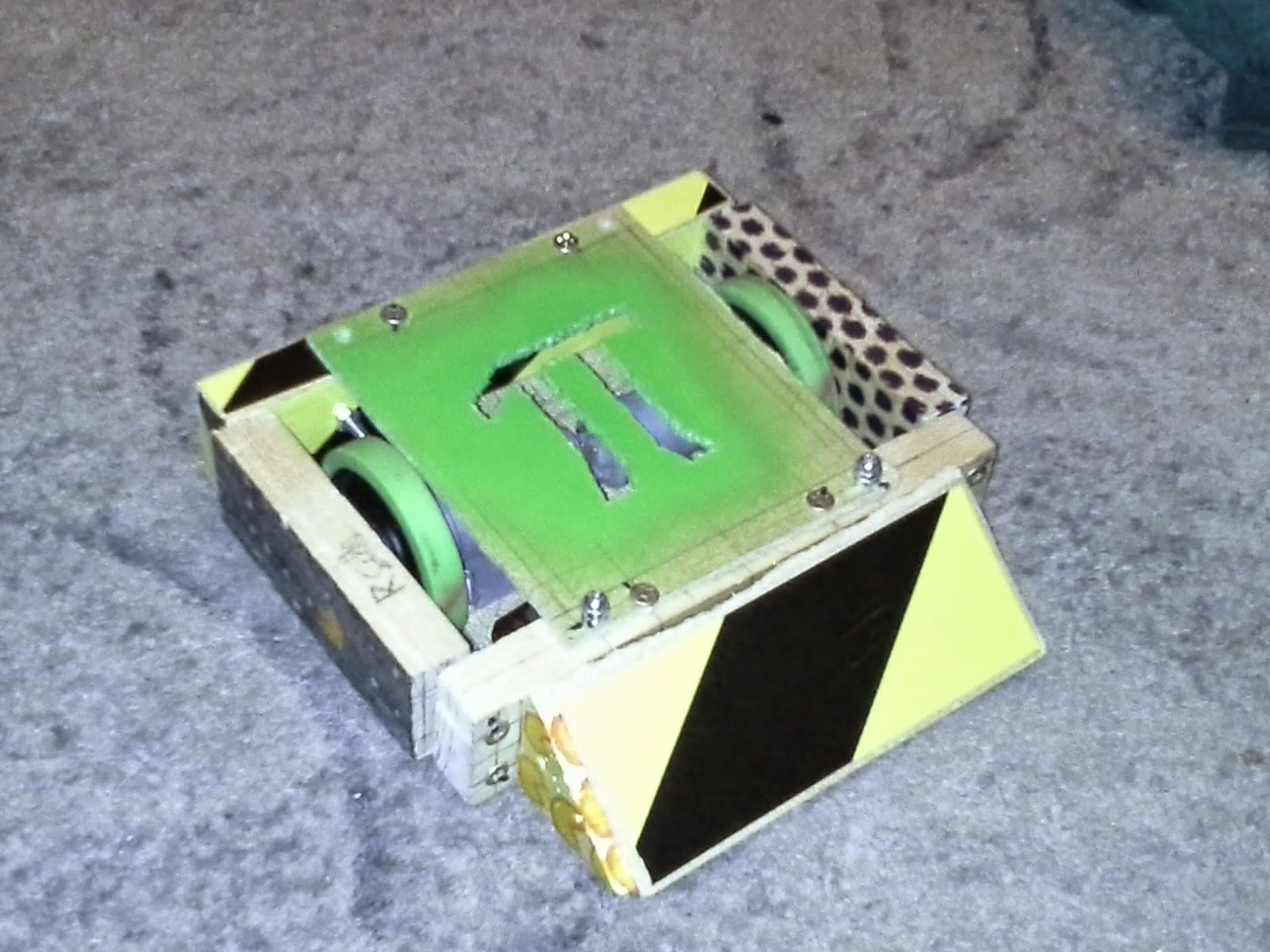 Introducing Pi!
Pi is my first robot that might actually fight other bots.

Its as simple as possible. Motors, battery, esc, wheels, radio thats it. 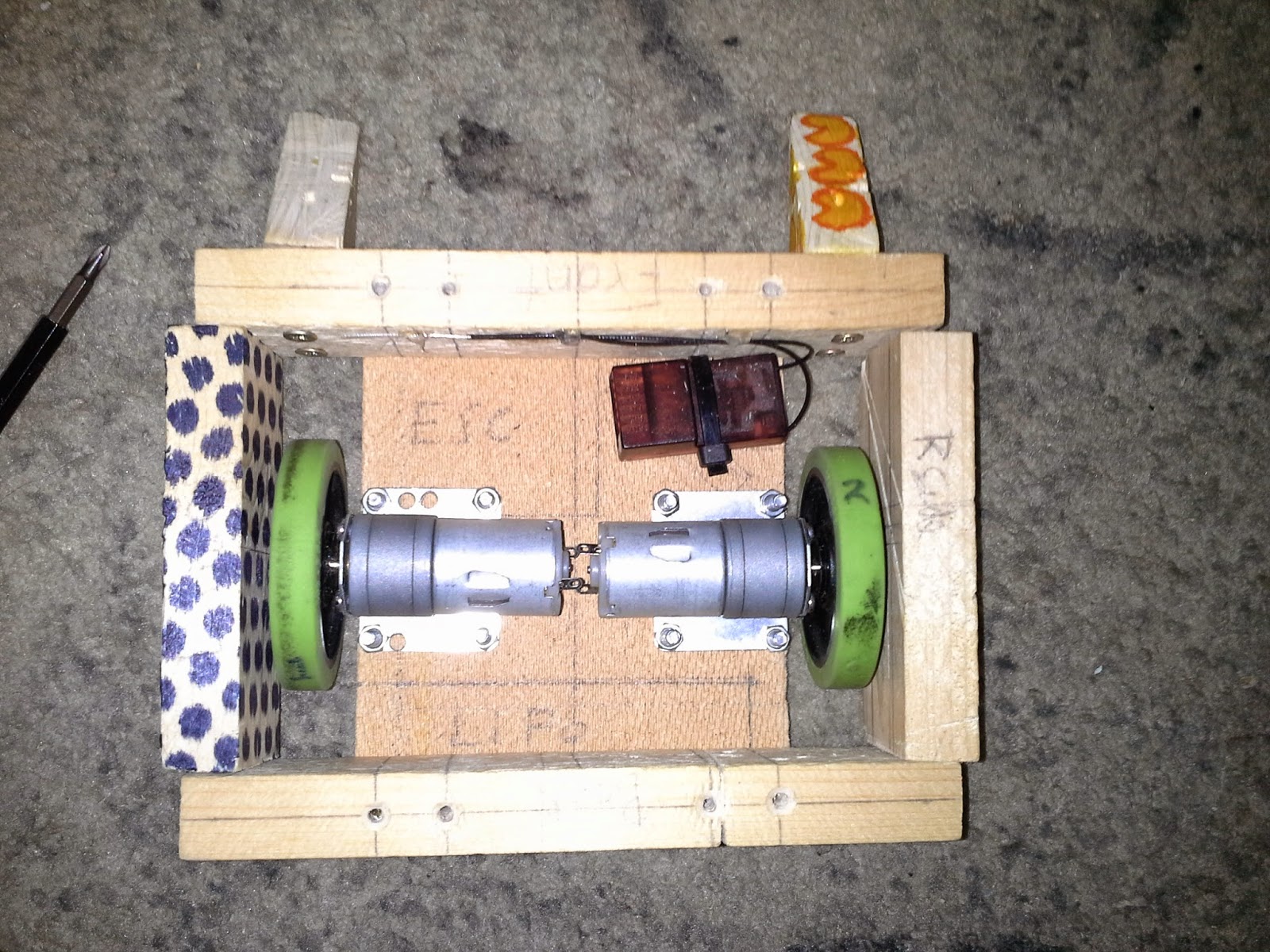 Thats a pic inside before I added the front scoop.
All I need to do now is order the lipo, and esc and stuff (lipo, lipo safe bag, imax b6 charger, power supply, spare wheels, sabertooth 10amp esc, 80amp fuse, loctite, some more common sense)
Thats it really. Bye :)
Posted by Mega Masher at 00:32 No comments:

Hello there, this is my blog on various robots and other random stuff I build.
The first fighting robot I built was shred v1, a good learning platform, but useless for battles. It was made from 2mm mdf and 1.2mm aluminium, which really isnt ideal.
Pictures: 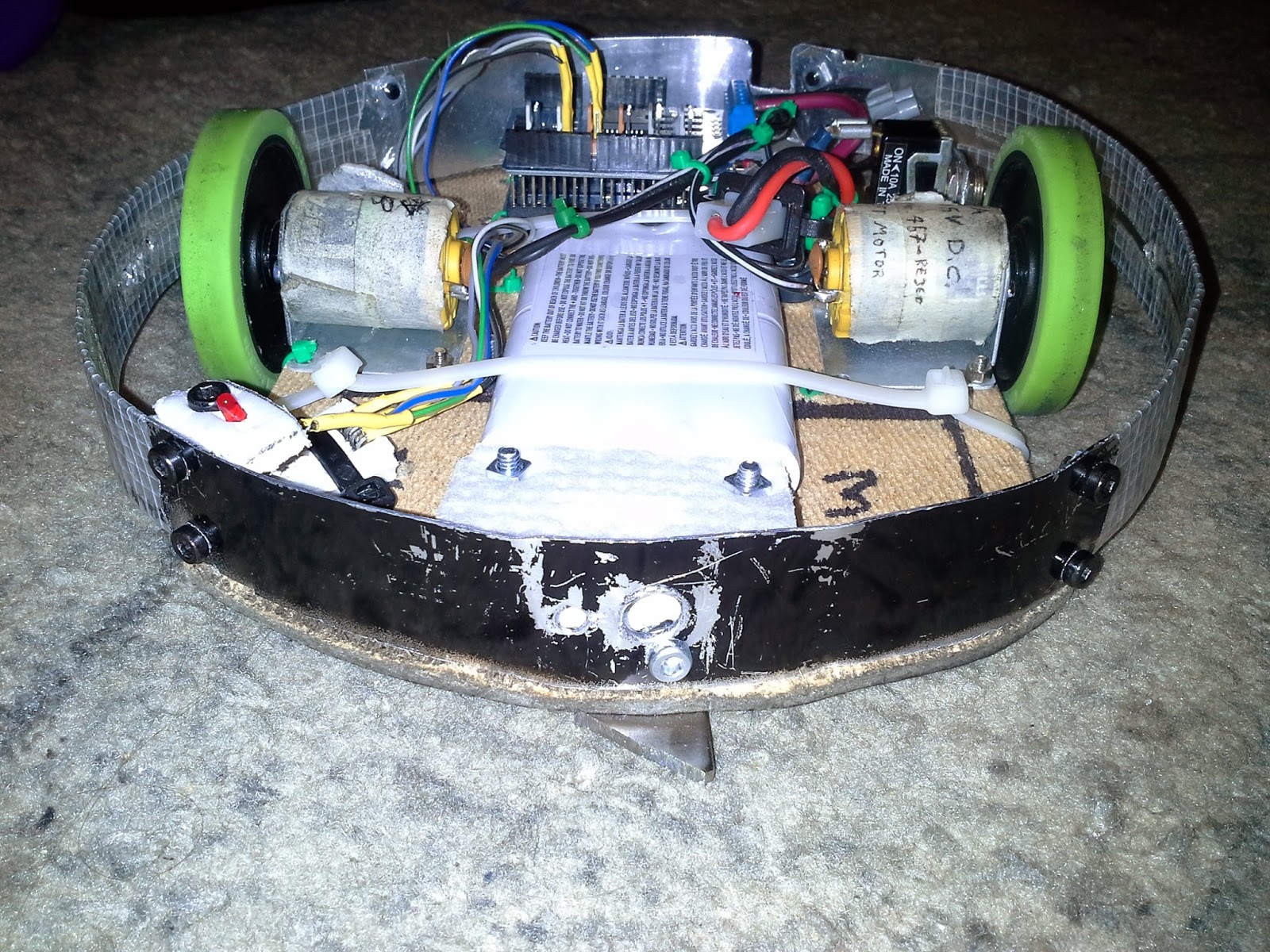 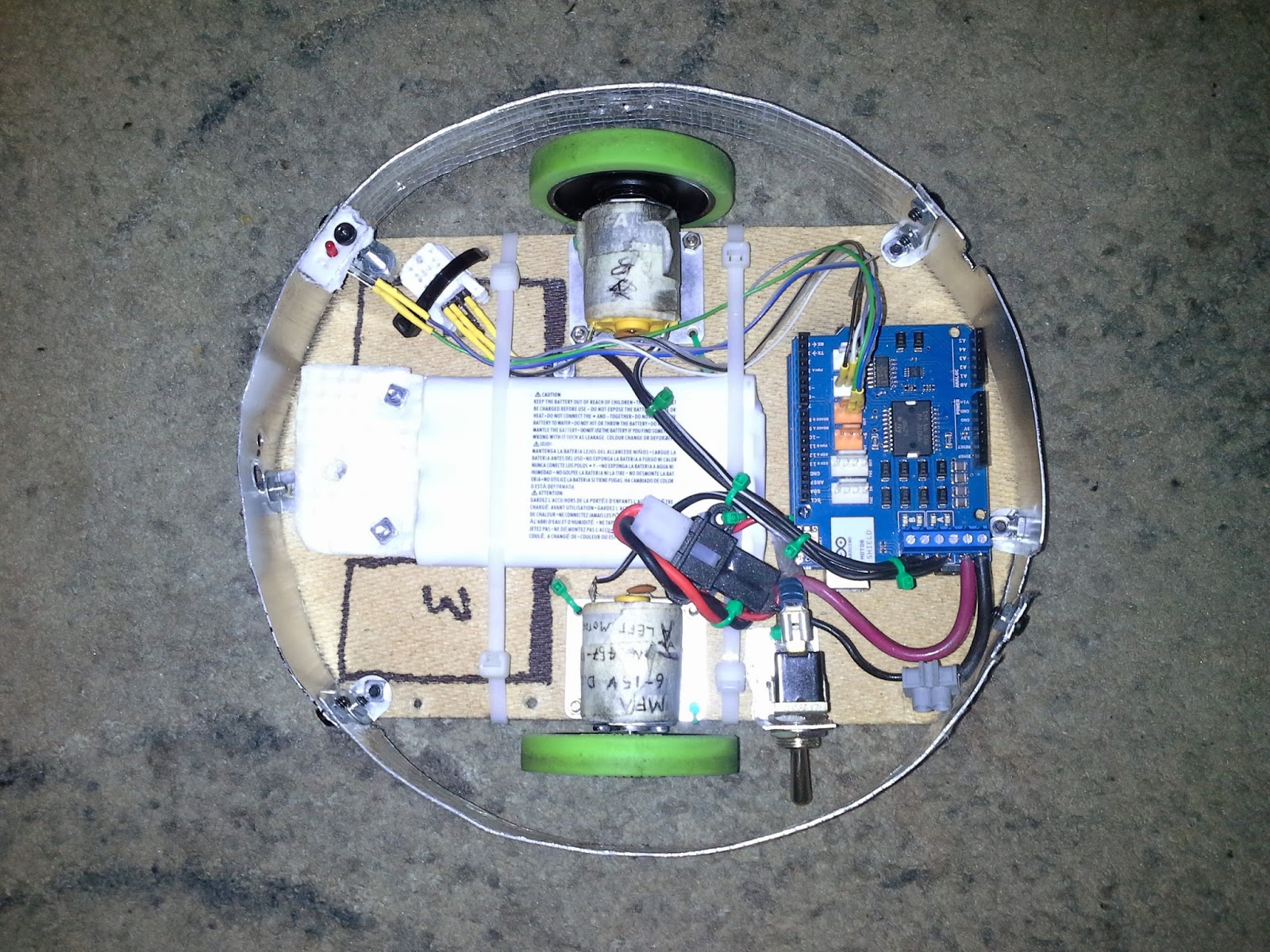 So there it is
Now, on to Shred v2. Completed (sorta) on christmas eve, this is it: 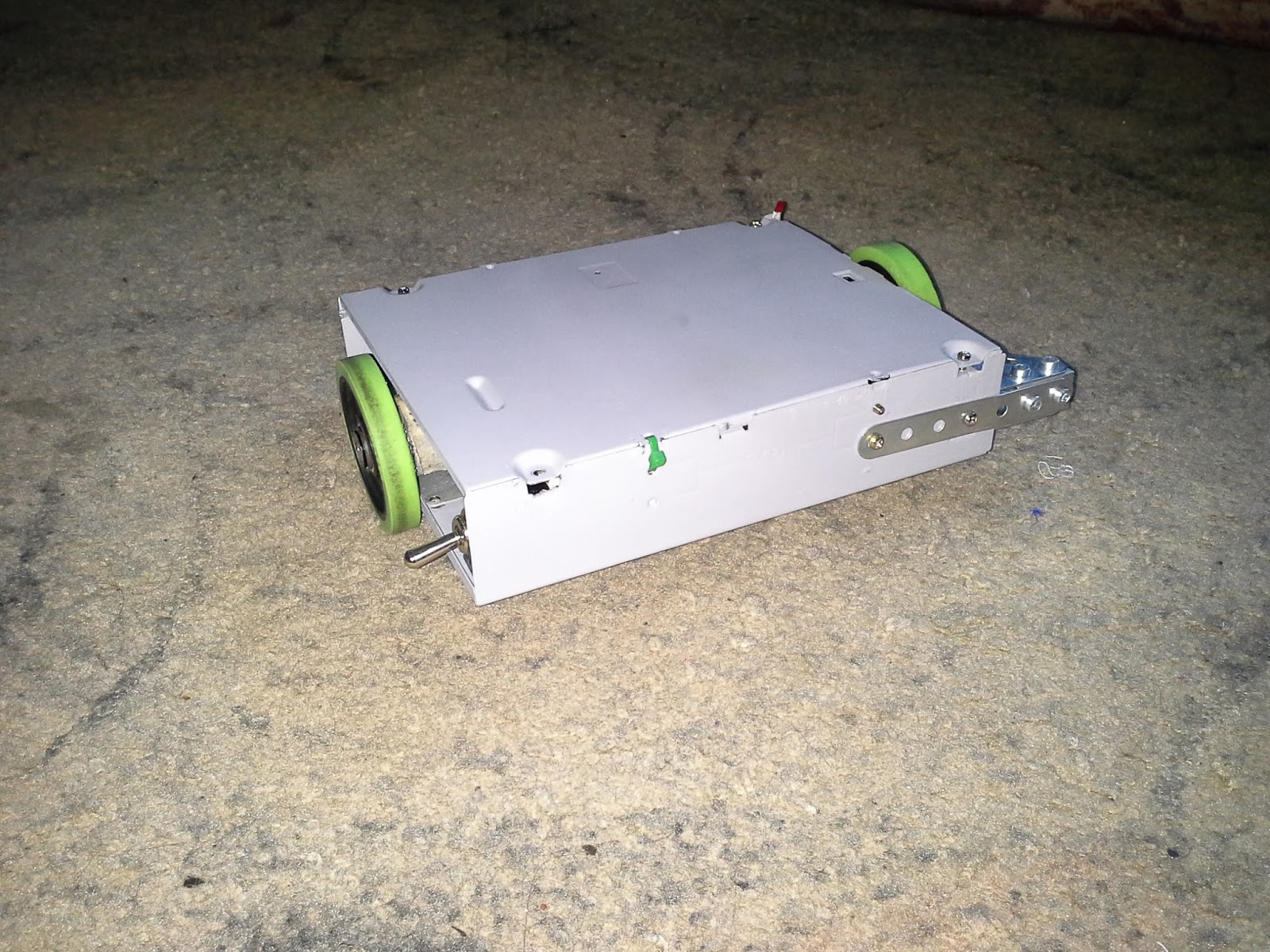 It is the same components, just in a tougher shell. The shell is an old cd-rw that I had ripped apart a few months before. It is really heavy, so a few days ago, I tried to drill some holes in it to lighten it up a bit. Well........I kinda boke the drill bit after drilling only 12 or so holes, but it all paid off as I saved 3 grams! (Wow, well done me. The robot weighs 883 grams by the way)
It is alot tougher than before, but the motors just aren't powerful enough. Im planning Shred v3, which will involve much titanium and carbon fibre and fancy stuffs like that. 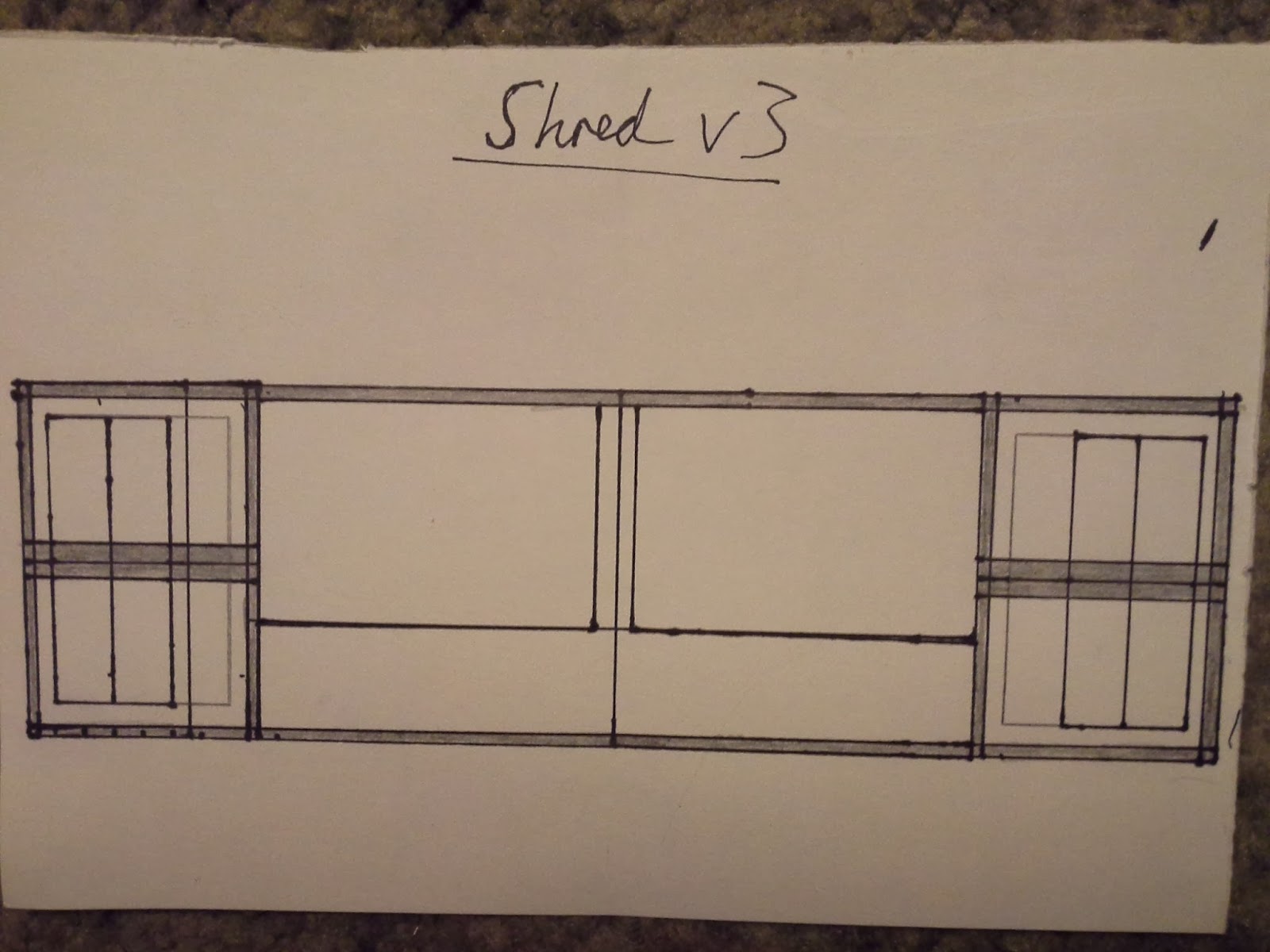 Im gonna use some 550 drill motors for drive, which is insanely overpowered for a 1.5kg bot, but will help it have lots of torque for hits and translation and stuff. Might even experiment with some million or so watt scorpion brushless motors if my saving are up to it.
But for now, im just gonna bolt some box section on to Shred v2 and smash up some stuff for the lols. 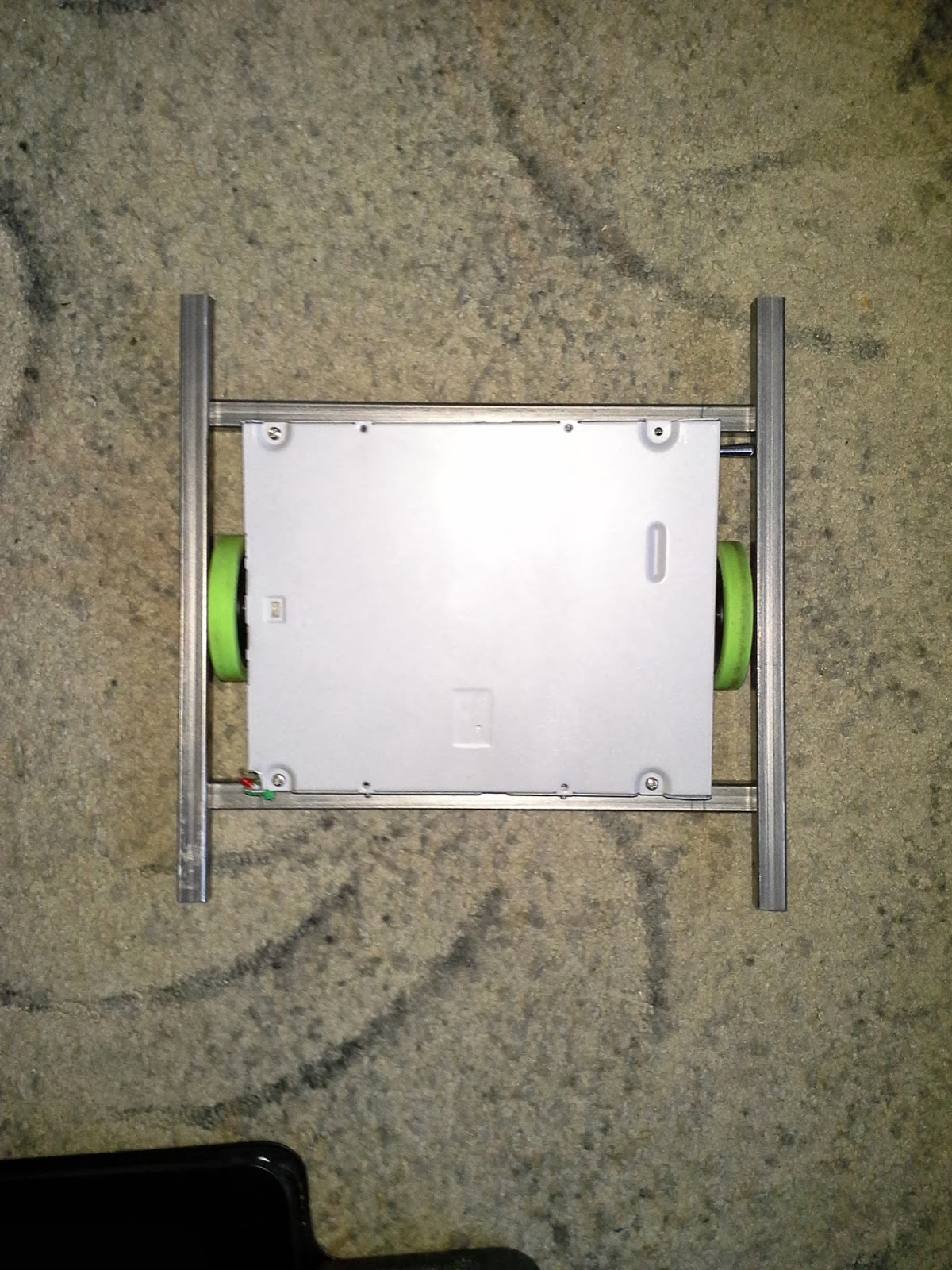 So that's it for now
Ive also got some vids of my bots in action (erm....) on my youtube channel, TheRobotPizza
I would change the name, bit dont have a clue how to.
Bye :)